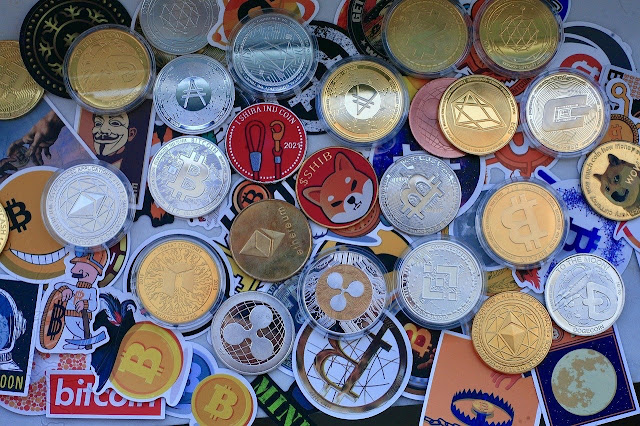 This originally appeared in Science Times.

It’s not all that often that you come across a relatively new development in the world of cryptocurrency.

When it comes to the topic of cryptocurrencies, there are no side effects or additional gimmicks. All cryptocurrencies follow one primary use case – to act as digital money. Due to their decentralized nature, they are free from government interference and manipulation.

What Is The Difference Between Crypto Coins and Tokens?

In this article, you will learn what coins are, what tokens are, and how they differ from one another and how you can use them on BitIQ.

What Are Crypto Coins?

“Coin” is the more common way of saying cryptocurrency. They are simply stores of digital value. Coins can be used as a form of currency to buy goods or services online – sort of like gift cards. When you look at things this way, the analogy fits perfectly.

How Do Coins Work?

Coins are cryptocurrencies that have their own blockchain. As discussed above, each cryptocurrency has its own blockchain – a digital ledger of transactions. The coins themselves are an essential part of this blockchain. While you can trade coins with other people, they also retain their value across exchanges. This means that you can purchase coins at one exchange, transfer them to another, and sell them without losing their value.

What Are Crypto Tokens?

Tokens are cryptocurrencies that don’t have their own blockchain. You may be asking yourself what difference there is between a token-based cryptocurrency and any other cryptocurrency – well, the answer lies in what tokens represent. Tokens are external assets that have been converted into a form of cryptocurrency.

Tokens are created on top of an existing blockchain network. As such, the token has a value that’s associated with something outside of the blockchain – in our example above, you can think of this as the real-world value of the loaf of bread you bought.

Tokens require an external resource to back their value. While coins can maintain their value across exchanges on their own, tokens need support from outside resources in order to keep their value.

How Do You Acquire Tokens?

Tokens are most commonly issued in Initial Coin Offerings (ICOs). ICOs are events during which a person or company offers digital tokens for the public to purchase. The ICO generates capital that funds product development and user growth.

After an ICO is complete, tokens can be purchased by people who want to access the platform, sell them on an exchange and make a profit, or hold onto them for future use (similar to shares).

There are two types of tokens: utility and security. Utility tokens provide users with access to a product or service, while security tokens represent ownership in a company.

Both coins and tokens are cryptocurrencies. Coins are their own digital currencies, while tokens represent external assets on top of an existing blockchain network.

Coins have their own blockchain, while tokens are created on top of an existing blockchain. Tokens are purchased via ICOs, while coins can be either purchased at exchanges or earned through mining.

One more thing – tokens are often used interchangeably with the word ” altcoin “. This is incorrect, as not all cryptocurrencies are tokens. The term “altcoins” applies to coins that aren’t Bitcoin.